Games I used to play in my head, by myself

It's the weekend. I sit back on my revolving chair, and make my way down each layer of mortal, material thoughts to my default state of being weirdly existential. At this point, a thought appears.
Remember how it was like when you were a child?
In pop culture, remembering your childhood often revolves around the what. We like to remember what happened, in an accounting type of way, and we make notes of pivotal moments. But we rarely think about how it was like being a child. What was your mind like, especially in the mundane moments? Could I step into the headspace of my eight year old self?
I started playing this game in my head and realized something that I used to often do as a kid. It sounds bizarre when said out loud. I used to play games in my head, by myself. Let me explain.
Some prerequisites
My head games were driven by a few things in my environment. Firstly, this was back in the days when kids having phones were not even a thing. Nor were there corporations with the goal of creating a black hole for sucking in every second of your attention. This meant lots of hours of the mind being free and bored.
There's another thing that is obvious, but amazing when I actively think about it. Most neurotypical minds can do this weird thing. Open your palm and imagine a tiny penguin sitting on it. If your mind is like mine, you will have actually seen a penguin on your palm that isn't actually there. Sure, it's not as vivid and persistent as my normal vision, but the fact that I can put things in my visual field at will feels kind of awesome.
That's all I need to make this work.
The games
I used to take the school bus every day. While I had bus-friends to talk to, I sometimes preferred grabbing the window seat to look outside and have some me time. I used to play two games there.
The first one is what I now call "threading around cones". In driving tests or sports drills, there's a movement pattern where you alternately weave around cones (or similar obstacles). 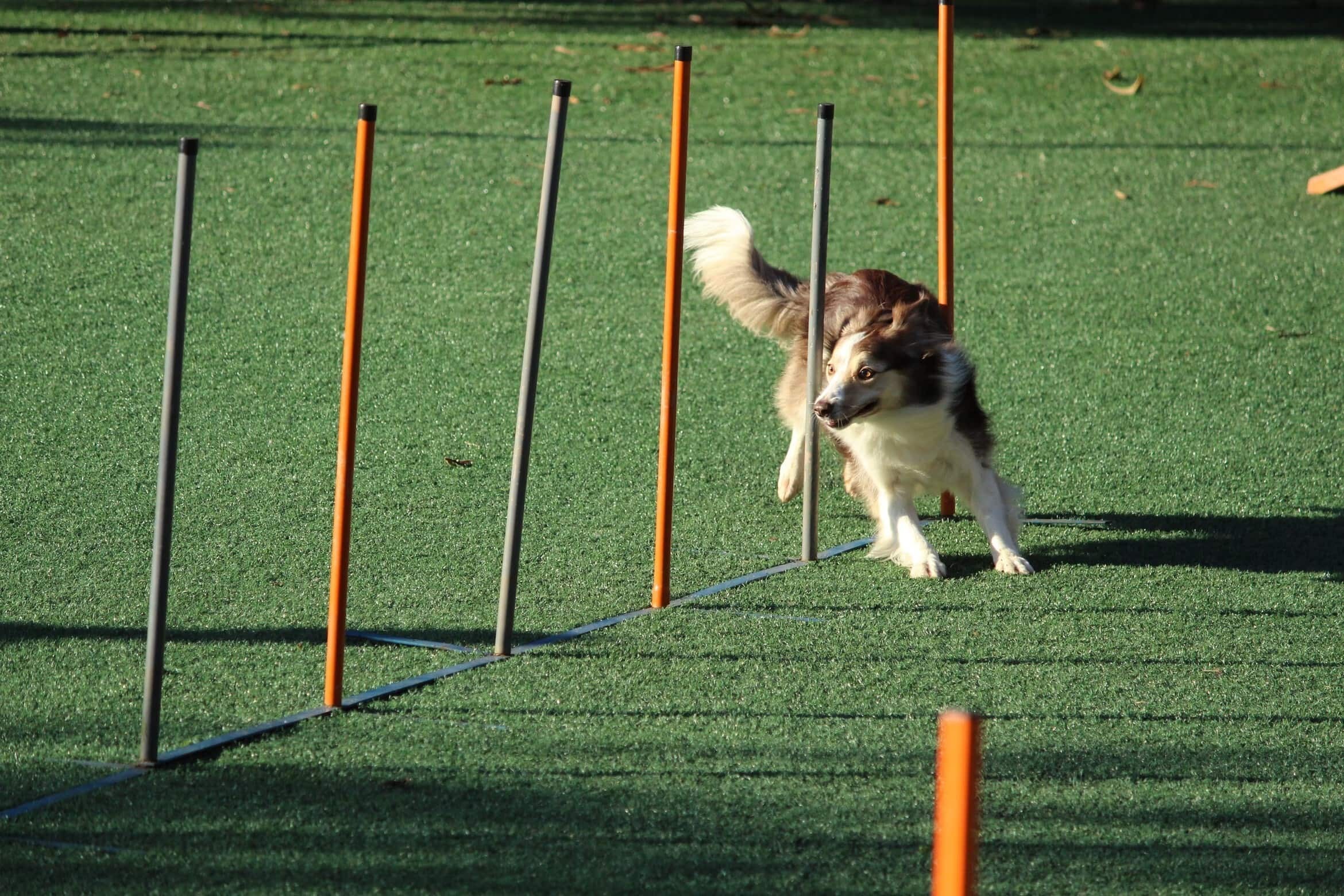 There was a lot of "footpath" breezing past my window as I looked out of the bus. The footpath had a ton of garbage and obstructions, which I used to treat like cones, and then visually draw a thread around the obstructions, as the bus whizzed ahead. 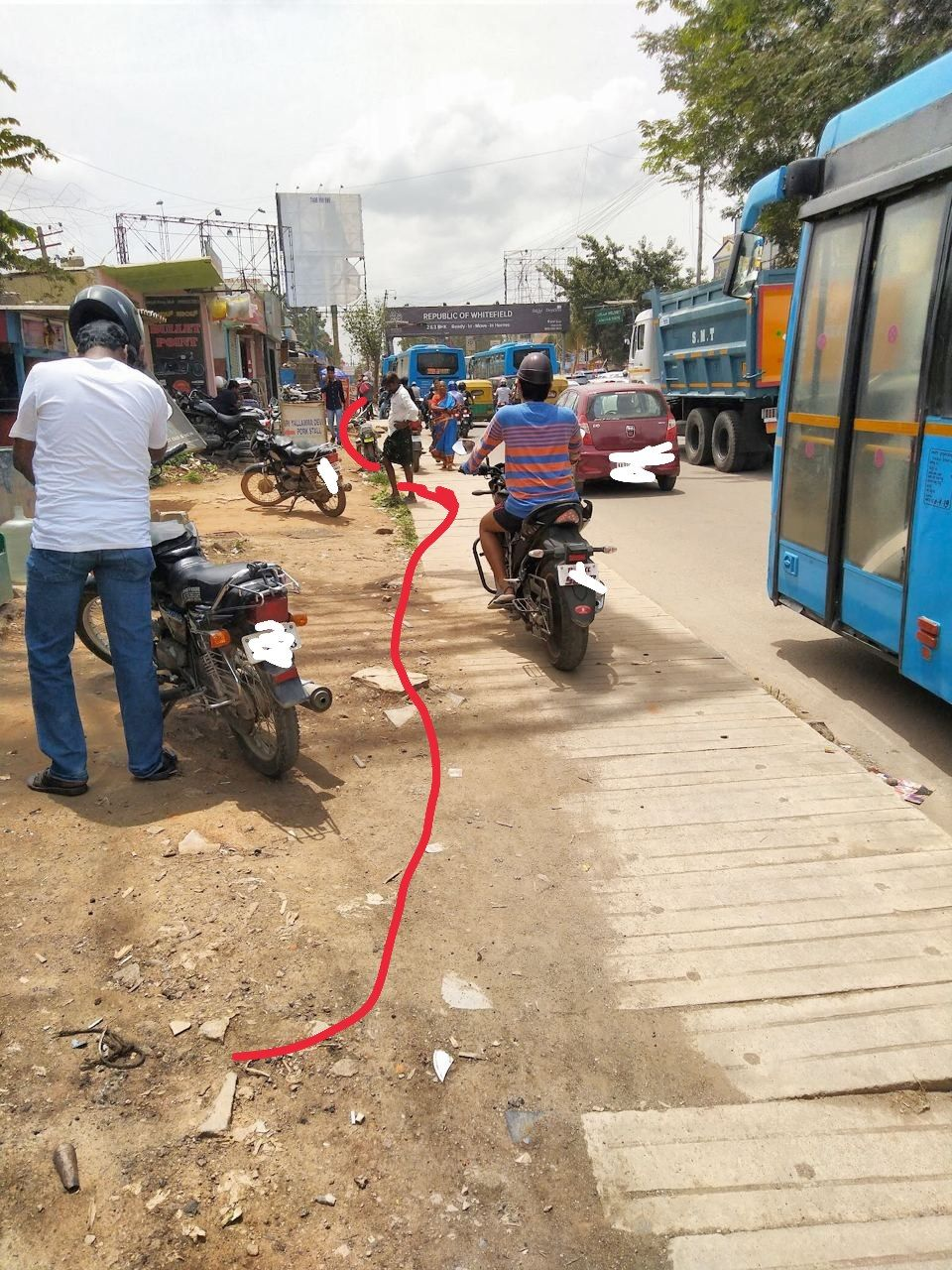 fig: "threading around cones"
Another similar game was to imagine a tiny character (depending on the day, either a gingerbread man or Sonic the hedgehog) running along the bustling footpath and jumping on top of the biker's helmets and rooftops. It works better when you can add a sound effect of a hollow thunk every time the tiny character jumps on people's heads.
A game that I think is more common is the one with tiles. Often in apartment complexes and public places you see tiles with slightly randomized colours. Some tiles are dark and uncommon. 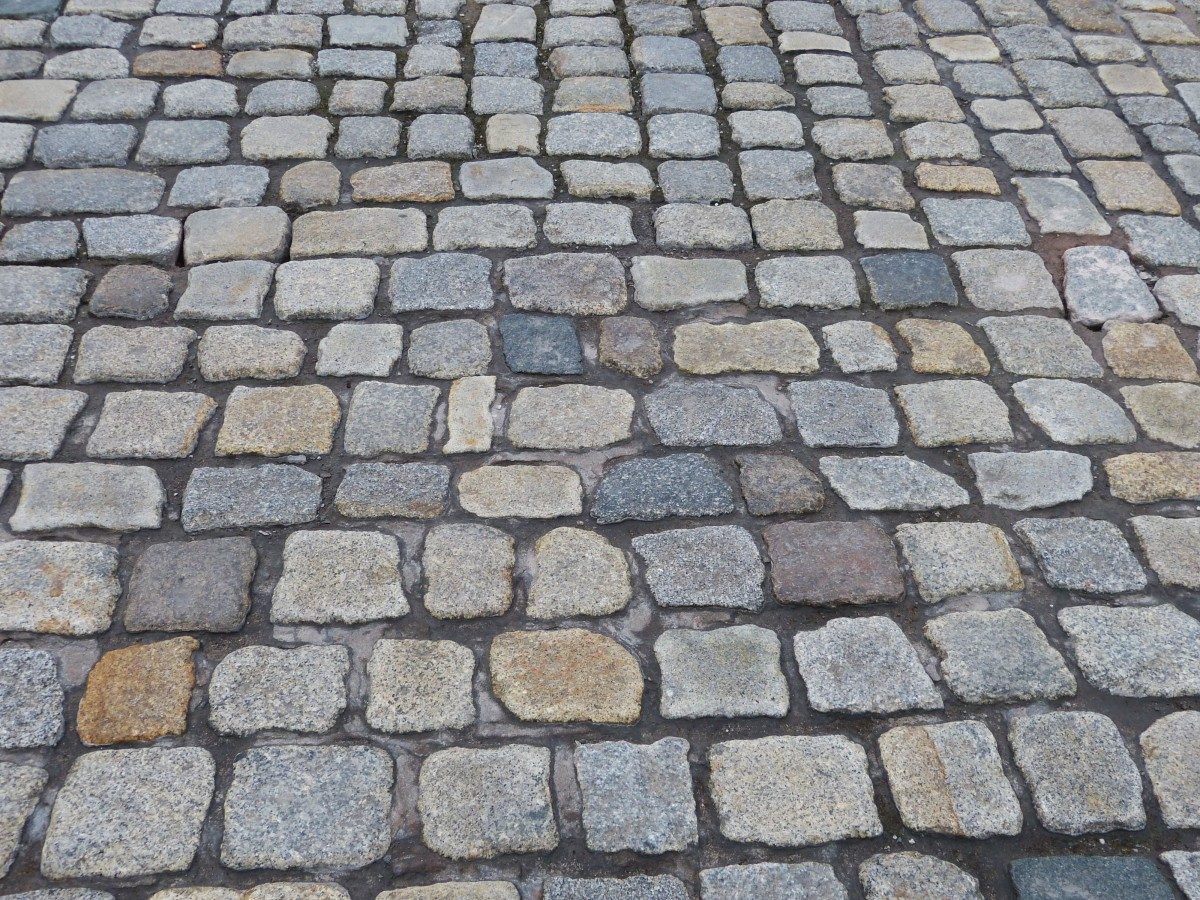 fig: the tiling game
This "game" has me mentally jumping a focus point from one dark tile to the next one as I walk along it. You can take it to the next level by actually jumping through the dark tiles. Watch out for lamp posts.
There was also a game which I played in school, as an alternative to actually paying attention to class. Well, boring lectures seemed to induce a more ...morbid game in my head.
I used to imagine a terrorist/robber/serial killer walking in to a classroom, with a gun or knife, holding the class hostage (in hindsight, a perfect metaphor for what sitting in class felt like). The goal is to look for ways to get out safely. Where are the escape routes? Can I use the window? What objects in this room can make a good self-defense weapon? Is it worth being a hero to take down the evil person? I used to visualize all possible scenarios.
The things we lose when we grow up
I always had mixed feelings about being an adult. I wanted their independence and responsibilities. They don't have people taller than them holding them hostage everyday (not exactly true, but I was a naïve kid). But, adults also seemed so... bland. As though something died inside them. Their sense of wonder and curiosity was hammered away from them by society.
Me stopping my mind games was one part of me becoming an adult. Sure, the games were crude, but I never replaced them with anything equally absurd or imaginative. I just moved on to thinking about career, my future, or getting my attention pulled away by the myriad distractions set up by the digital age. But when I played the game of becoming an eight year old again, I found that fun (and absurd) side of me again. Turns out, the obligations of being an adult can coexist with childlike wonder. Try it sometime.