Like any good pretentious psychologist, let me add a label to generalize a phenomenon that I commonly witness around me.

It's called the Career-Or-Nothing mindset, or the CON mindset, which is best said while swirling a glass of fancy wine.

It’s fairly common among young people in developing countries. I used to hold this mindset at some point as well. Its main feature is identifying yourself a bit too deeply with your career. Take away the idea that humans have careers, and what is left with the CONer is only a shell of a human being.

We all CON each other to some extent. In a social event, one of the most common icebreakers are “What do you do?”, which is social code for, “Tell me about your career”. For some people, the CONing is much higher. Their whole life revolves around their career. In their grand plan of being human, the endgame is bagging that highly paid job.

The CONfolk have no hobbies. If they do, it’s always a hobby that revolves around consumption, ie, watching TV, reading books (about “growth”) or playing video games. To them, everything in life is a binary of “related to work” and “not related to work”, the latter always being subordinate to the former. CONfolk do not have any personal philosophy to live by, unless it has something to do with work or career, like “I am a hard worker” or “I’m a good team player”.
CONfolk also think in terms of sacrificing present happiness for a future career prospect, which is a panacea for their as-of-now imperfect life. And when they succeed, they think about the next goalpost, and sacrifice again. It's a recursive mindset. And like any good ponzi, the large payout in the future never arrives.

At its worst, the CON mindset forces you to trade off authenticity for success, where “success” really means “successful career”.

This is a result of modernity, whose very nature traps us into the CON mindset.

It actually makes it worse for your career
Well, here’s my hypothesis—it actually makes it worse for your career, because you are eliminating those serendipitous moments that take your career in an interesting direction. You are instead opting for “set menus” that have known outcomes which are heavily marketed. Get good grades, get a degree, crack the interviews, get a great job. That’s usually the overarching theme, and the dominating concept of what a life is.

But if this is all life is, we miss out on all the opportunities to sell Vidalia Onions because of buying out random domain names. CON is why we don’t have polymaths anymore.

There’s far more opportunities and things to be found in the green paths that still take you to a good career. The green path basically signifies the exploration that comes with someone who hasn’t fixed themselves to the set menus of the grey routes. 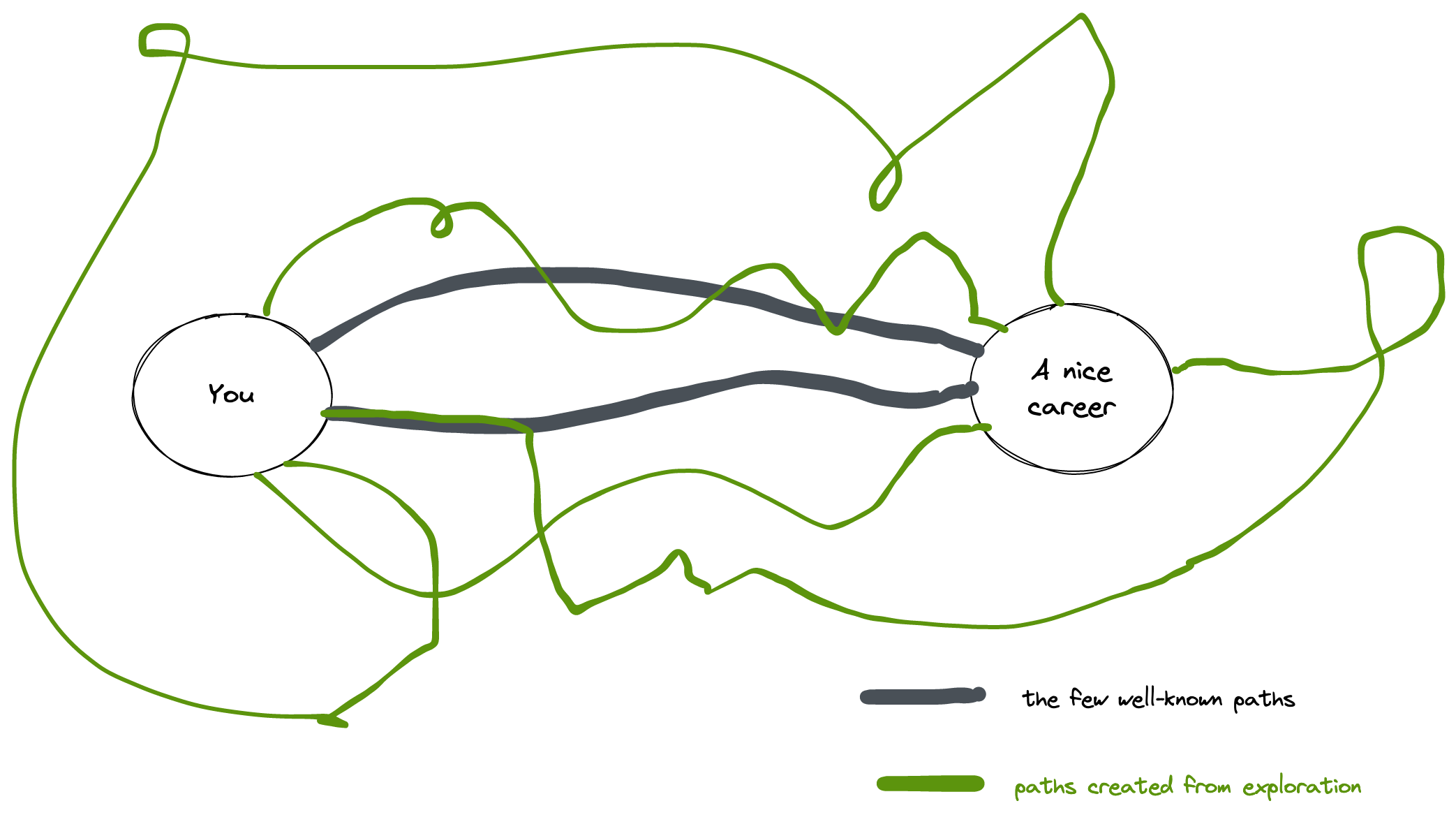 But more importantly, the green routes give you a better tour of life. There’s alot more than just a career. 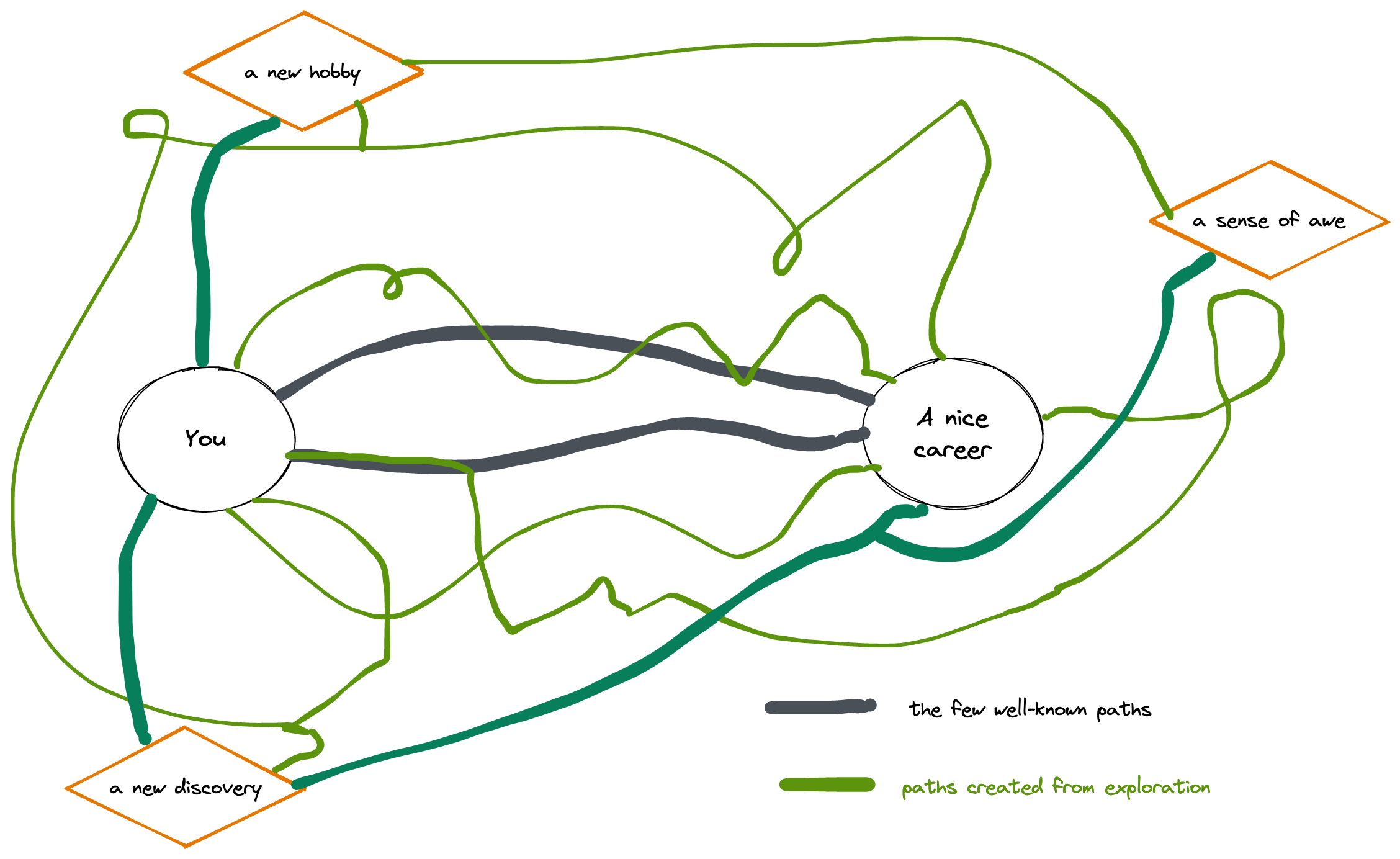 The CON mindset is a caricature
This whole CON idea is a caricature that exaggerates a major flaw that I believe our society has. It's not meant to be used as a label to classify anyone, rather it is a spectrum, whose extreme I have specified here.